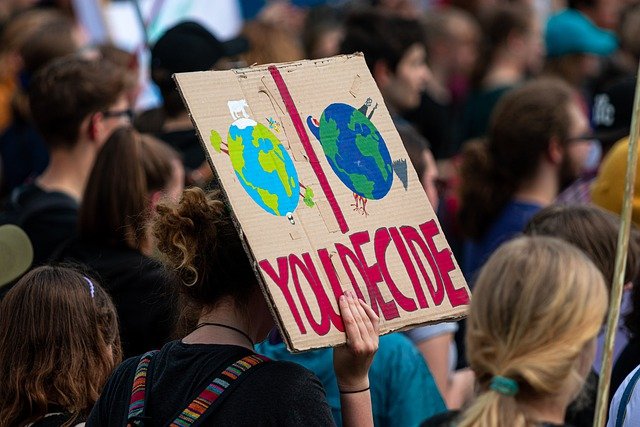 If you’re familiar to blockchain, you probably have heard how the technology has facilitated authentication of transactions in a fast, cheap and secure manner. While digital currency remains to be blockchain’s biggest implementation, do you know that it can help humanity beat climate change, too?

Blockchain can help us manage climate change using its decentralized database system. Normally, inquires on the internet will go to a centralized database system before users get responses. For such a transaction to go through, users have to give their trust to the platform. In an ideal situation, this scheme will work just fine. However, there are concerns against institutional censorship which has jeopardized users’ trust. On top of that, storing data in one place makes it easier for someone to tamper with them.

Decentralized database offers a solution to this problem.

Decentralized database means information is distributed equally and not in one place. Blockchain is a decentralized database because all data are available in every users’ internal storage. Thus, every member of a blockchains community can access all data wherever and whenever without a third party. This ultimately creates a faster, more transparent transaction.

Additionally, since information is now on everybody’s hand, hackers are having a hard time to manipulate data. When they tamper with a blockchain, two things follow:

How can this technology help us fight against climate change?

Blockchain is not without flaws. Over the years, it has a fair share of scrutiny when it comes to energy consumption. Decentralized database means storage capacities are multiplied infinitely. Cross-checking between users, to prevent tampering, also requires abundant energy, which is bad for the environment.

Right now, we are witnessing changes happening on our earth more rapidly than ever. Events supposedly happen once in a lifetime can recur in a matter of a few decades or even years. Climate change will change many aspects of our lives, but it especially threatens our global food chain the most.

Farmers, more than ever, are in need of protection against weather risks to secure food in all of our plates. Currently, as many as 270 million smallholder farmers are underinsured while only 20% of farmers have access to agricultural insurance coverage.

Here is how blockchain offers a solution for this issue:

As we approach the 2021 United Nations Climate Change Conference (COP26), it is the time to consider alternative, technology-powered solutions to mitigate climate change risks. Despite the controversies, blockchain does offer easy and secured solutions to help those most impacted.