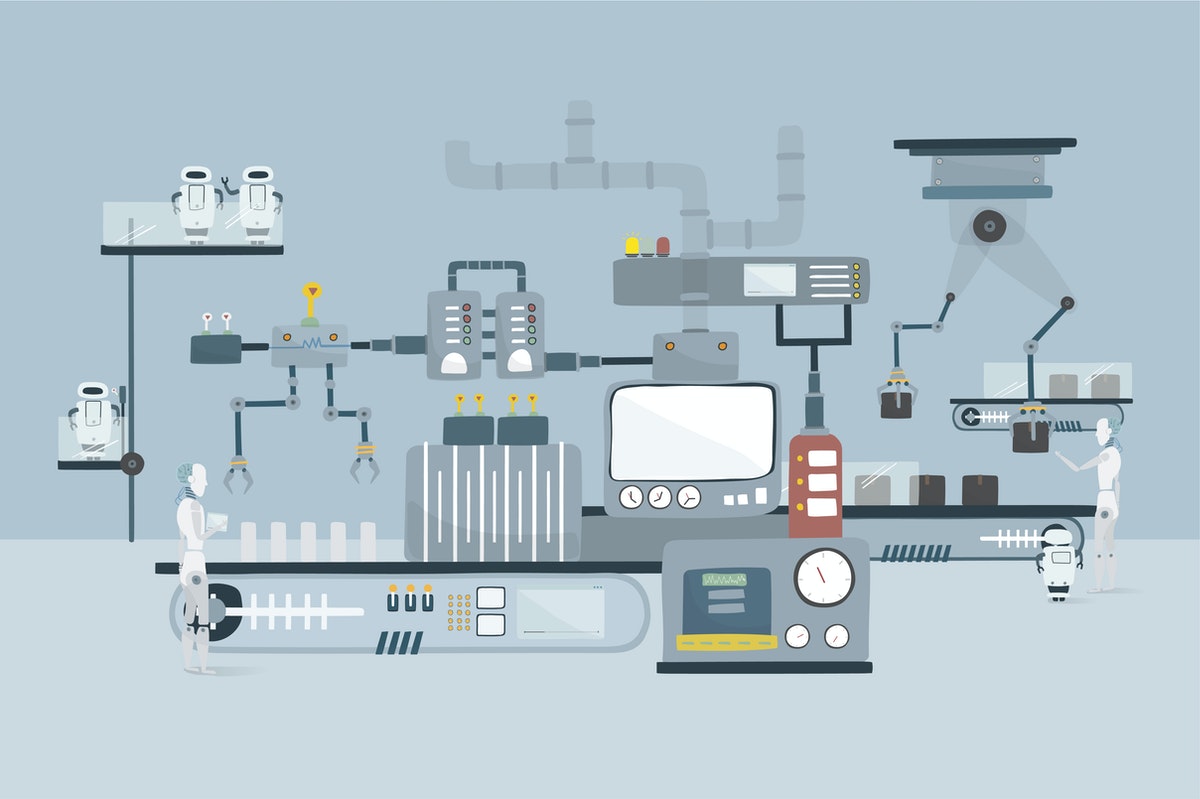 Machine learning (ML) is a branch of artificial intelligence based on the idea that systems can learn from data, identify patterns and make decisions with minimal human intervention. It is a method of data analysis that automates analytical model building. The interactive aspect of ML is important because as models are exposed to new data, they are able to independently adapt. ML is born from specific task patterns and learns from previous computations to produce reliable, repeatable decisions and results.

Machine learning works by exploring data and identifying patterns that involve minimal human intervention. Nearly any task can be completed with a data-defined pattern, allowing companies to transform processes that were previously only possible for humans to perform, such as responding to customer calls, bookkeeping, or reviewing resumes.

Clustering = attempting to group data into meaningful clusters. It is useful for tasks such as market segmentation.

Dimensionality reduction = reducing the number of variables in a dataset by grouping similar or correlated attributes for better interpretation.

Deep learning (DL) is a subset of machine learning in which multilayered neural networks learn from vast amounts of data. Within each layer of the Neural Network, deep learning algorithms perform calculations and make predictions repeatedly, progressively and gradually improving the accuracy of the outcome over time. Deep learning enables systems that learn to identify objects and perform complex taste with increasing accuracy – all without human intervention.

AI’s brain has neurons. They are represented by circles and are inter-connected. These neurons are grouped into three types: input (receive input data), hidden (perform mathematical computations on inputs) and output (return the output data, giving predictions such as price or weight) layers. These neurons will then apply an Activation Function of data to standardised output coming out of the neuron – but in order to train a Neural Network, you need a large data set.

After the output is produced, the iterating process through the data set and comparing the outputs begin, producing a Cost Function, indicating how much the AI is off from the real outputs. After the iteration, the weights between neurons are adjusted using Gradient Descents to reduce the cost function.

Artificial intelligence (AI) refers to any human-like intelligence exhibited by a computer, robot, or another machine to mimic the capabilities of a human mind – learning from examples and experiences, recognising objects, understanding and responding to language, making decisions, and solving problems. This knowledge is then processed to perform functions a human might perform, like greeting a hotel guest or driving a car.

Parsing through mountains of data created by humans, AI’s iterative processing and intelligent algorithms allow the software to learn automatically from patterns or features in the data. AI can also interpret both text and images to discover patterns in complex data and then act on those learnings. See the following video to know better how AI works:

In simpler terms, AI is a border concept of intelligence demonstrated by machines. ML, which is a branch of AI, is a system or algorithm that is designed to learn structures to predict future outcomes. And DL, which is the subtype of ML, is suitable for self-training algorithms and feature extraction.

Now that you have learned better about AI, ML, and DL technology, let’s debunk some misconceptions surrounding these automatons.

While these three technology definitions are often used interchangeably, they are not synonymous. From the aforementioned definitions, AI solves a task that usually requires human intelligence. Ml solves a specific AI-task by learning from detailed data, making it a strict subset of AI, while DL solves ML problems by using neural networks as its algorithm.

While you might have heard that neural networks in DL simulate human brains, this belief is completely wrong. Neural networks do not come close to the performance of the human brain, especially when it comes to efficiency. Our brains are light-years aways from anything human-made.

Myth #3 Artifical Intelligence learns from itself and might defeat humans

Many people think that an AI can magically get better and better automatically. The truth is the system has been trained on historical data and present data which makes it able to do task close to humans – but not completely the same as how humans do. When AI is running in production, it uses the mass data knowledge to make a judgment about new observations it has never seen before – and often, that is the end of it.

The second misconceptions about beating humans are like what you’ve seen in movies – that’s just a good imagination. The truth is it is impossible because the way living humans think cannot be emulated or faked.

Myth #4 You need a gigantic amount of data

It is true that more data will give AI and ML better performance. Training Neural Networks from scratch might also require millions of images before it can yield expected results. But you can also start with a network pre-trained on a large dataset to solve a similar problem. You can retrain the last parts of your network that are specific to your use-case. This way, you don’t need a thousand sets of images to prevent getting the results you want – you only need a few hundred.