The Bright Future of Bitcoin 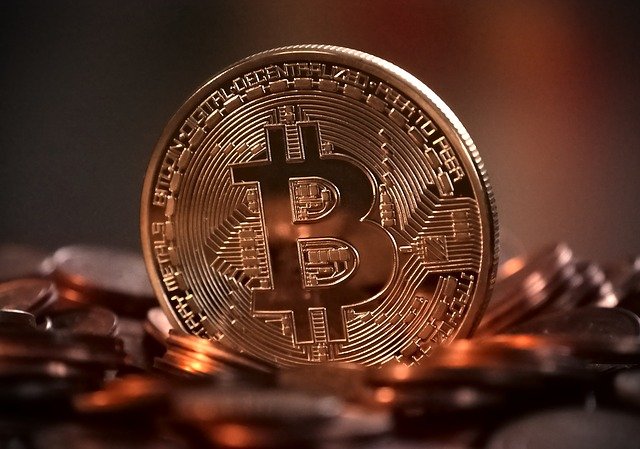 The word bitcoin was first introduced in a white paper published under a pseudonym Nakamoto Satoshi on 31 October 2008. Since then, bitcoin has been garnering a reputation as the future of digital payments. In essence, bitcoin is a decentralized digital currency built on top of a technology called blockchain. Being a decentralized currency means that bitcoin will operate without a central bank or administrator. Instead, the responsibility falls to every user to verify every transaction using a peer-to-peer network.

How bitcoins are made

The bitcoin currency began operating in 2009 when its implementation was released as open-source software. Bitcoin’s genesis block, the first ever block in a blockchain, contained bitcoin protocols that allowed the system to self-generate a new block every 10 minutes. This process will continue until it reaches the cap, which is 21 millions bitcoins.

Each new block contains bitcoins in number that change over the time. The protocol makes it so that for every 210.000 new blocks created (approximately every four years), the number of bitcoins in a new block will be reduced by half. Eventually, it will round down to zero when the limit of 21 million bitcoins will be reached by 2140.

In 2021, the Bitcoin system generates a new block containing 12.5 bitcoins. Anyone can claim ownership to the new block but only if they possess a nonce (number used once). It is an arbitrarily generated number that can be used just once in a cryptographic communication. This number serves as a proof-of-work (PoW) which validates a newly added block to be a part of an existing blockchains.

Nonce is easy to verify, but extremely time-consuming to generate. First of all, people who are competing to acquisite bitcoins, called “miners”, must try many different nonce values to figure out the real nonce. Usually the sequence of tested values is the ascending natural numbers: 0, 1, 2, 3, etc. Because of this, “mining” bitcoins costs a lot of energy since your computer will run for hours non-stop whilst testing the value one by one. On average, mining bitcoins costs approximately USD 350.000, all spent on electricity.

How bitcoin wins over fiat currency

As a matter of fact, all cryptocurrency are inherently against fiat money. For decades, the government regulates the primary mode of transaction using fiat currency. And over time, problems have arisen as a consequence of relying on centralized transactions such as uncontrollable inflation and declining trust. To this, bitcoin offers some solutions.

Inflation happens when the central bank prints too much money and results in the decrease in the value of money over time. The government, of course, has their reasons to print money. Inflation theoretically helps increase production because more money means more spending. However, in practice, with the system being all centralized means it risks the high chance of corruption. Irresponsible policy making on inflation hurts everyone, especially those who live in countries with hyperinflation.

Take Lebanon as an example. On average, the currency over there will devalue by 131.9% percent annually. Thus, when a Lebanese gets their salary at the beginning of the month, their money will be worth half its price by the end of each month. So, what happens is that every payday, people will run straight to buy their monthly supplies lest they will not be able to afford them.

Bitcoin, by contrast, has a fixed limit of 21 million coins that can ever be created. The numbers are even scarcer than gold. This limited supply allows bitcoins to resist inflation because there can only be so much bitcoins. Anyone, even the government, cannot just intervene with its supply chain.

In principle, bitcoins charge no storage nor transfer fee. However, you do need to record your transaction in a Bitcoin blockchain in order to get it through. The access is only given to the people who acquire nonce. These people, essentially bitcoin miners, spend time and computing power to secure the right to each block. Thus, most miners will prioritize recording transactions in a block when it comes together with a tip, called a miner’s fee. In sum, the storage cost will remain zero while transfer fees reflect the market. And all these combined are still cheaper than fiat currency fees.

People cannot make fake bitcoins. First of all, it is a digital currency which does not have a physical form. Secondly, even when you try to mimic the codes, you will end up with an altogether different cryptocurrency built on top of another blockchain. Nonce and hash inside each block serve as guards to make sure the blockchain retains their value. . For all the above reasons, it will be nearly impossible to falsify bitcoins.

Additionally, the Bitcoin system is hacker and corruption proof. Having operating in a peer-to-peer network means that every other user acts as an administrator. Bitcoin’s decentralized nature helps create a self-sustaining space where every transaction is verified by its own members of the blockchain. So in this scenario, if someone were to tamper with bitcoins, they would need at least 50 percent plus one of the total members to agree with them. Thus, making the “bribe” money rise exponentially and the whole idea seems less attractive.

The nature of Bitcoin, or any cryptocurrency for that matter, is to help people secure the value they have earned. When you cease to worry about putting food on one’s plate, it expands your horizon and subsequently your time frame. You begin to think about your future and will be more likely to save and invest. This attitude towards money is life-changing and everyone should adopt it for the sake of their future.

Next Reading: Most Popular Programming Languages that will Dominate in 2022