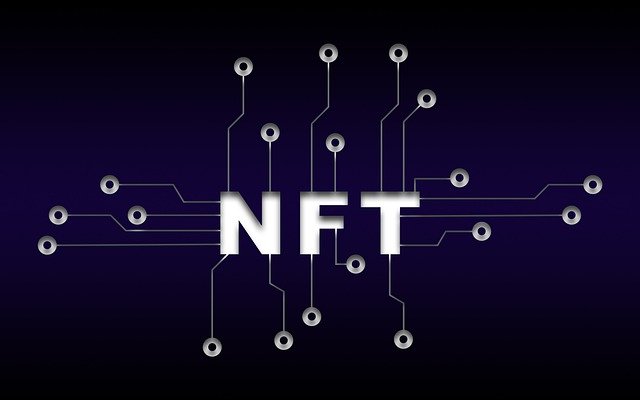 Recently, NFT controversies have been the talk of the town among the art community. A short for Non-Fungible Tokens, NFT runs on a blockchain, similar to cryptocurrency. However, instead of money, NFT contains a token of something else; it could be a digital graphic, a video, music or URLs to any other type of artwork.

Over the past few years, NFT has been under scrutiny for being environmentally damaging. But despite all the controversies, the NFT community only grows more prevalent. More major companies are starting to flirt with the idea of branching out to cryptoart. To name a few, some of the giant companies that have publicly shown interest are Universal Studio, Adidas, and Discord, among others.

Number of sites have generously pointed out how damaging this decentralized cryptoart is. The art community naturally splits into two camps in regards to NFT. And as any discussion of highly debatable topics, discussion about NFT often turned heated. One of the largest sites which spoke against NFT, cryptoart.wtf was taken down by its developer after the information “has been used as a tool for abuse and harassment”.

Strangely enough, the controversies surrounding NFT is actually not a problem uniquely to them. As it turns out, most objections towards NFT is a critic against the system on which it runs; blockchain. Let’s assume that everyone has more or less understood how blockchain works and what it means to be a decentralized ledger. Usually called “Proof-of-Work” (PoW), blockchain has a consensus protocol that allows the nodes of the network to agree on the state of all information recorded inside a block to prevent fraud. Having a decentralized system is beneficial on many fronts, yet it exhausts too much of the world’s energy resources.

PoW networks consume a very large amount of energy, and subsequently a very large amount of carbon emission. A study estimated Bitcoin to have consumed around 45.8 TWh (Terawatt-hour), emitting around 45,800,000 Tons of CO2 per year. The annual power consumption from Ethereum, the alternative cryptocurrencies which also sustain a cryptoart network, values at 9.62TWh from September 2019-20.

According to a report, the Ethereum network consumes more electricity than a number of countries including the Philippines and Belgium. When combined with Bitcoin’s electricity consumption, they rank the 13th of the world’s annual energy consumption, beating China Taipei, Mexico and Saudi Arabia.

The solutions as we have now…

A lot of people favor a decentralized ledger not without reasons. Of course, it would be nice to have the best of both worlds; let’s say, by having the ability to counter fiat currency without going through the anxiety of becoming the villain that destroys the earth. So far, there have been ideas and arguments showing that blockchain can help us fare against climate change. Yet, none of them addresses specifically about the excessive energy consumption the system is operating on.

Since there is yet to be a hardware technology that could consume less energy, the solution befalls on changing the decentralized system itself. Currently, Ethereum is working on a transition from Proof-of-Work (PoW) to Proof-of-Stake (PoS). It is an upgraded consensus mechanism where users are obliged to stake their ETH (Ethereum’s cryptocurrency) to become a validator in the network.

Validators are responsible for the same thing as miners in PoW. So, instead of getting a validation from every member of a blockchain, only a few validators are selected at random to complete the transaction. A user’s stake is also used as a way to incentivise good validator behavior. For example, a user can lose a portion of their stake for things like going offline (failing to validate) or their entire stake for deliberate collusion. Thus, the credibility of PoW still holds the truth even when run by PoS.

To wrap it up…

Ultimately, Ethereum has not yet fully made its transition to PoS mechanism. Thus, the critics against NFT, and the blockchain network in a whole, is still valid. At the end of the day, our actions reflect the future, not just for us but so for everybody else. Perhaps, it is best to wait it out, without being too cynical about those who believe in cryptocurrency and cryptoart, until the new technology and innovation arrives. If you are not keen on sitting around and waiting, maybe you can invent a new solution in the meantime?