Most Popular Programming Languages that will Dominate in 2022 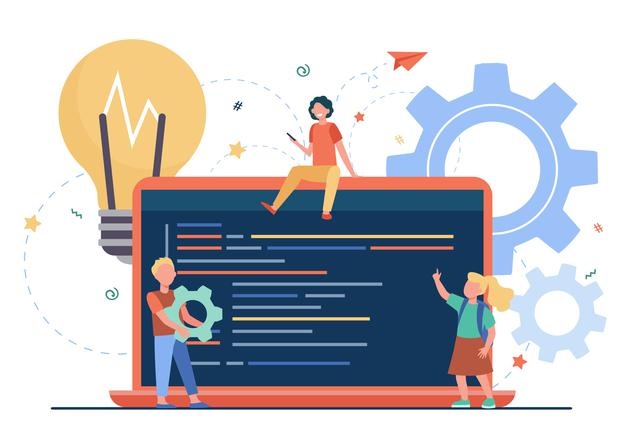 Technology is evolving at a rapid speed in today’s digitally advanced environment. It has become rather common to see different technologies exceed one and another with continuous improvement. In the middle of all of this, there is one subject that endures significantly from the volatile nature of the tech world: programming language.

JavaScript is one of the few well-known programming languages that has a strong following and demand in the industry. It is best recognized for providing responsive features to web sites, but it also has a wide range of uses in web development, game development, mobile application development, and other fields. Additionally, this language is utilized for both front end and back end development. Its compatibility with well-known frameworks such as React, Vue, Node, and others makes it more appealing to developers.

JavaScript has been constantly placed among the top ten programming languages in the TIOBE rating report for several years. According to both Stack Overflow and Octoverse survey reports, this language is the most popular programming language among developers. There are now millions of pages on the internet that rely heavily on JavaScript, and based on the language’s prominence, it is safe to predict that its prominence will continue to reign in 2021 onwards.

Python is a preferred language of those who are just getting started for programming since its syntax is relatively basic, making it easy to read, understand, and apply. The language is widely used in web development, software development, and many cutting-edge technologies including Machine Learning, AI, and Data Science. The language has some important features such as extensive library support, automated garbage collection, better interface with other languages, GUI programming support, and many others. Django, Flask, and Pyramid are three prominent Python frameworks that make things more efficient and convenient.

In the last five years, the language has grown at a rate of approximately 18-19%. According to the RedMonk Ranking report for 2020, Python has surpassed JAVA to become the second most popular programming language. Python is ranked first in the PYPL index for the month of December 2020. Additionally, Python’s scalability with developing technologies makes it more appealing to developers and will continue to grow in the next few years.

Learning C/C++ in 2021 is not only advantageous from a professional standpoint, but it also makes it simpler to learn other programming languages later on. C and C++ are ranked first and fourth, respectively, in the TIOBE index of 2020. C/C++ is ranked #5 in the PYPL index, with an increased trend of roughly 0.1%.

Kotlin is a statically typed general-purpose programming language that may be used for both object-oriented and functional programming. This language’s strongest point is that it is fully compatible with Java and supports all Java libraries. Additionally, the language is relatively simple to learn, and it can be used for web programming as well as desktop application development in addition to Android development. Some noteworthy Kotlin frameworks are Javelin, KTor, and Vertex.

There has been a significant shift in developer preference for Kotlin since Google announced it as its primary language for Android application development. According to the Stack Overflow study, Kotlin is the fourth most popular programming language. Furthermore, the number of Kotlin users in the Github community is rapidly growing.

Scala was created largely to address concerns that developers had with another language, Java. It has established a solid standing among developers throughout time. Scala is a general-purpose programming language that may be used to implement both object-oriented and functional programming paradigms. It has differentiating characteristics like slow computing, string interpolation, type inference, high scalability, and many more. Scala code may also be translated to byte codes and run on the Java Virtual Machine. The language is commonly used in web development, data science, and machine learning.

Several tech players in the market, like Netflix, LinkedIn, eBay, and Twitter, use Scala for their own platforms and businesses. Scala may become one of the most sought after programming languages in 2021, as many other companies aim forward to implementing it into their operations and due to its rapidly expanding demand among developers.

With the demand for IT services has not shown any sign of slowing down, learning these programming languages will continue to be valuable in 2022. If you’re looking for talents who are well-versed in these languages to build your own IT project, contact Tech Grid today!

Read Also: 2021 Global Chip Shortage: Everything You Need to Know About