SSD vs HDD: Which One is Better for You? 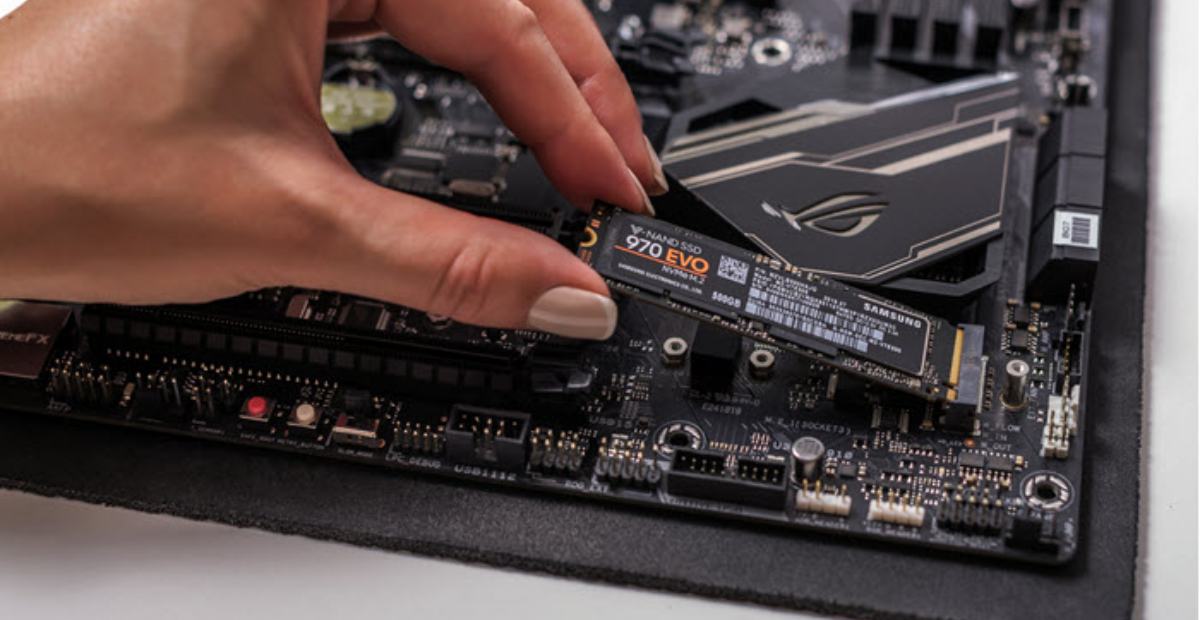 Feeling like your laptop is running at snail speed, but you’re reluctant to buy a new one? There are many reasons why an aging computer tends to slow down, among the most common problems may lie on your Hard Disk Drive (HDD). Factors such as viruses, bad sectors, or damaged master boot record on an HDD could result in hampering computer performance. But instead of throwing your laptop away, you can actually opt for a much cheaper solution by upgrading your data storage device to a Solid State Drive (SSD).

Many have been said about how SSDs are far superior when compared to HDDs. But how exactly does an SSD work? What makes an SSD a much better option than an HDD?

The basic of SSD and HDD

In general, HDDs store data on a number of magnetic plates that rotate around. A read/write head, which functions similarly to a turntable needle, reads and writes data to and from these plates. This works roughly similar to a vinyl turntable. SSDs, on the other hand, are built up of billions of “houses,” each carrying a single bit of data. All of these houses are tied directly to a chip that can read their own electric charges, which is how the data is transmitted. This is how flash memory works, and it translates to an extremely fast computing experience.

Now, here’s more details on why SSD is better than HDD.

1 . SSD is Much Faster Compared to HDD

SSDs read up to ten times quicker and write up to twenty times faster than hard drives. The fastest HDDs can supposedly reach read speeds of 480 MBps, but these are expensive enterprise devices. Most consumer-grade ones are expected to peak out at around 160 MBps. In comparison, there are lots of entry-level SSDs that may exceed 500 MBps in both read and write performance. For example, Samsung 980 Pro is scored at 7,000 MBps for reads and 5,000 MBps for writes. Additionally, when computer motherboards go from PCIe 3.0 to 4.0 interfaces, the speed variances are expected to grow.

SSD can now function as they were designed to, thanks to NVMe – a new form of SSD interface created collaboratively by Intel, Sandisk, and other top manufacturers. Unlike earlier SATA drives, which only enable information to be transferred along a single channel, NVMe drives have several channels that can read and write at the same time. A larger file, such as a movie or graphic design project, is transmitted at a comparatively modest rate of 15 to 30 MB/s on a normal HDD. A SATA SSD can replicate the same file at 500 MB/s and a modern NVMe SSD can reach 3,500 MB/s, or 3.5 GB per second.

Substantially quicker read/write timings may not be obvious if you are simply creating a Word document or streaming a YouTube video, but an SSD will almost always be faster at booting your system and loading programs, allowing you to perform these activities in the first place. SSDs may also reduce loading times in video games on both PC and consoles, as well as speed up file transfers.

When it comes to reliability, SSD wins over HDD for plenty of reasons. SSD is more durable and dependable than HDDs due to their lack of moving components. It is designed to manage everyday workloads with regular reading and writing, rather than storing information that sits undisturbed for years at a time. New optimization approaches, like TRIM and wear-leveling, exemplify speed while preventing individual storage cells from wearing down. Simply put, you will not find reliability as an issue once you switch from an HDD to an SSD. Moreover, SSDs are substantially more resilient to shock. For example, if you ever drop your HDD-equipped laptop, you risk damaging individual plates or the read head, causing the entire drive to fail and erasing all of your saved data. An SSD-equipped laptop, on the other hand, does not possess such a risk.

Solid state drives have a ten-year lifetime when used actively, which is comparably longer than a hard disk drive. However, wear-leveling technology has increased SSD life expectancy to where it is today. While SSD memory is still limited by a finite number of operations, the devices have advanced to the point where the entire laptop will need to be replaced long before that limit point is reached. Since SSDs have no moving components, you may not have to worry about mechanical issues. Moreover, SSDs are currently replaced 25% less frequently than HDDs, implying that the longevity of your laptop simply improves when compared to what you are used to. Of course, this is only true if you maintain your drivers up to date and conduct other essential maintenance.

When It Comes to Pricing…

SSDs are more expensive than HDDs, which is almost twice as expensive per gigabyte. This is unlikely to change very soon, even if SSD costs have fallen in recent years. SSD raw materials are more expensive for the production company, and the device’s manufacturing is far more complicated. Pricing will vary depending on the model, not only the type of storage drive. This means that SSDs are quite inexpensive, especially if you are prepared to compromise for the slower speeds of a 2.5-inch SATA-based disk. Even if you want a smaller M.2 SSD, you can still buy compatible SSDs that use the less expensive SATA interface rather than NVMe. Needless to say, even the most inexpensive SSDs will be more expensive than most mechanical HDDs.

Fortunately, there are a lot more choices at the lower end of the range for SSDs. There are 128GB, 256GB, 512GB, and 1TB SSDs available, as well as a great selection of 2TB drives. For modest PC use, you may only need 512GB or even 256GB – but more storage is typically preferable, especially when it comes to storing large files like videos, images, and games. When it comes to SSDs, you should strive to get as much capacity as you can afford.

So, Is Switching to SSD Worth It?

If you simply can’t afford a new laptop at the moment, but want better performance for your laptop that is currently equipped with an HDD, then switching to an SSD can be a wise decision. If you worry that the small storage of an SSD may not suffice your need, keep your HDD and make it as an external one, then replace your internal storage with an SSD. This will boost your laptop performance without having to erase any existing files.