What You Need to Know about Back-End Development 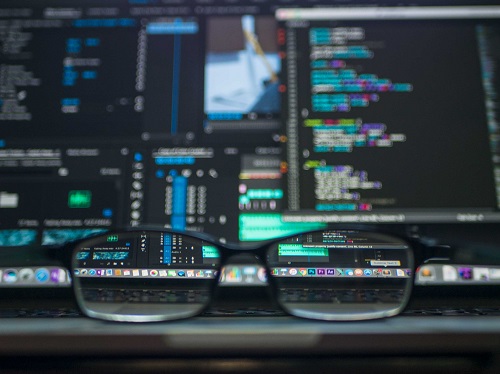 Previously, we have introduced you to Front-end development and everything you need to know about it. Today, we will talk about the other side of a website: Back-end development.

As the name suggests, back-end development is the creation of server-side programming that runs websites and apps from behind the scenes. It contains all of the code required to construct the database, server, and application. This comprises everything from database migrations to API integrations to configuring the server-side technologies that make a website functions smoothly. So, how is back-end development different from front-end? And what does it take to be a back-end developer?

Several primary tasks of a back-end developer include building code, troubleshooting and debugging web applications, managing databases, and utilizing framework. They are also responsible to keep an eye on the reporting and error tracking tools to provide rapid feedback in case of the failures, while ensuring data durability. In doing their job, back-end developers utilize several programming languages, such as Ruby, Elixir, Python and Golang. Here are brief descriptions of each.

Ruby is a general-purpose programming language that is recognized to increase developer productivity.  It enables the developer to quickly construct a website prototype due to its clean, consistent, and well-structured code. Moreover, it is suitable for procedural, functional, object-oriented, and programming paradigms. Ruby is also well-known for its ability to include metaprogramming into programs, which means code which may be modified while running. Another distinctive feature of Ruby is Model-View-Controller (MVC), which is how Ruby on Rails (RoR) operates. This means that the business logic can be separated from the rest of the program.

In a neat, modern syntax, the Elixir programming language combines functional programming with immutable state and an actor-based approach to concurrency. If you have worked with Ruby before, the syntax of Elixir will seem quite similar. Ruby is one of the most compact and productivity-oriented programming languages available, yet it lacks performance and concurrency. Elixir is also utilized by businesses with web apps that receive a lot of traffic, such as Bet365, Discord, and Adobe.

Python is a programming language that has maintained its prominence throughout time. One of the reasons why so many programmers adore it is its simplicity. Python is a general-purpose programming language with a comprehensive data-processing framework. Python is supported by a multitude of frameworks and packages, allowing certain job execution to be automated. Easy syntax and low code length make Python ideal for back-end development, increasing programmer efficiency. Python is used by the top companies in the world, like Google, Facebook, and Microsoft, and it is constantly growing. This is a perfect fit for machine learning, data analysis, and visualization.

Golang is a compiled, statically typed programming language. Despite being less well-known than Python, Golang was named the fifth most popular technology by 62.3% of 2020 Stack Overflow survey respondents. The code in Golang is easy enough for professionals with expertise in other programming languages, such as C# or C++, to understand. Due to its high scalability, Golang may be used to expand on-demand services or e-commerce functions. Dropbox, a cloud-storage sharing service, employs Golang to efficiently manage its network’s more than 500 million users. The language is also perfect for creating e-commerce sites that manage millions of visitors each month. However, despite its ease of use and speed of execution, Golang requires more effort to develop than a scripting language such as Python.

What it takes to be a back-end developer

Back-end development is an umbrella term for the server-side of any application, not limited to websites. Aspiring back-end developers must first understand the fundamentals of data structures and algorithms. Although developers may master many programming languages at the same time, focusing on one at a time is generally easier. They must also understand frameworks, at least those that adhere to the MVC (Model-View-Controller) paradigm, such as Django or Ruby-on-Rails. Basic Data Structures and Algorithms such as Stack, Queue, Linked List, Tree, Graph, Hashing and many more will also increase the value of backend developers.

It is a cost-effective choice to invest in long-term partnerships with a renowned development service provider, who takes time to assess your requirements and delivers a variety of services. Techgrid is ready to assist your IT needs, including in back-end development and many more IT services. Kindly contact us for more information.

Read Also: What You Need to Know about Front-End Development